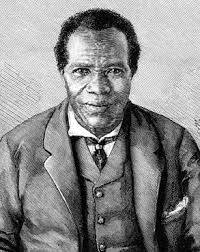 King Jaja of Opobo and Monarchy of Jaja

My late father grew up at Opobo and learned trade in the family of late Ozurumba Mbanaso known as King Jaja who was his greatest idol. My father till his death proudly tells tales about his role model great King Jaja of Opobo.

King Jaja of Opobo was a merchant prince and the founder of Opobo city-state in an area that is now the Rivers state of Nigeria. Born in Umuduruoha Amaigbo in Igboland, Imo-State Nigeria. He was taken at about the age of twelve as a slave in Bonny.

After he was kidnapped and taken to Bonny Island, Rivers state, he was renamed Jubo Jubogha by his first master, and later resold. It was here that the British who couldn’t pronounce his name properly gave him the name “Jaja”.

Jaja of Opobo was the elder brother to the father of HRM. Amb. Dr. Chukwudi Ihenetu – Eze Ohazurume, the King of the Igbos living in Ghana. How we are inter connected through the journey of life. My father was raised in Opobo among the family of late King Jaja. The most fascinating part of growing up with my dad was his stylish way of mixing Nkwerre outfit in Opobo style and never stopped throwing in Opobo dialect. Nobody was as great as King Jaja in my father’s tales..

I started my radio journey in Chicago