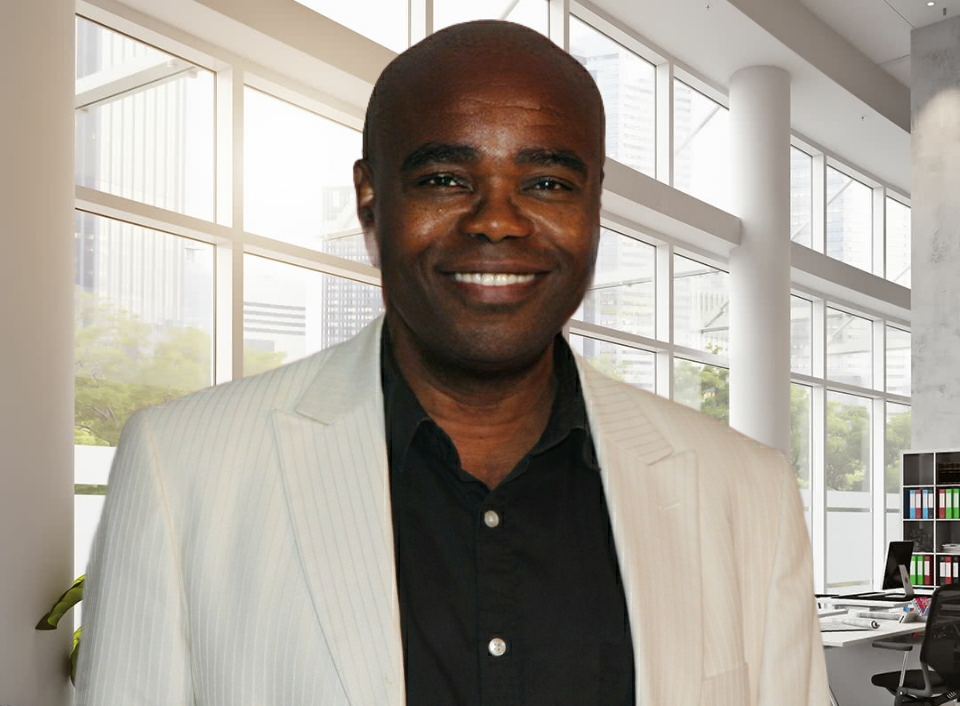 My radio journey started in Damen Hall at the Loyola University Chicago with my best friend and Editor Cyril Ibe. Damen Hall was the place we stayed all night producing sound bites and making calls to countries such as Nigeria and London. This was how I started my internship: learning how to produce radio programs, voiceovers and reading news. When I don’t get it right Cyril will just tell me to repeat the sentence and straight to take two, take three until the job is done. I remember my first day of expressing my opinion on the microphone and how frightful the exercise seemed to be even if it was a warm up sound bite to take the level of my voice. I was afraid of the sound of my voice. Cyril would tell me to compose myself and think about the subject and worry less about the listeners. I learned how to place my voice on the microphone like a singer through breathe control as I calibrate my words for a radio show on Afriscope, a community radio managed by the Loyola university Chicago.

At this time we were working with the old method “rewinding of cassettes” and I watched Cyril do it many times during the editing phase of any program. The internet was still new to people in the United States and the modern tools of broadcasting today could be seen at the time like James Bond gadgets. Sometimes, I do hold conversation with Cyril about what we could have achieved had it been online broadcasting , editing with today’s radio software and the new information technologies were available when we started Afriscope, then moved on to Window To Africa on WVON 1450 AM Chicago. It’s obvious we could have done better! But what is more important is not the ‘technological period” you find yourself. Above all you should maintain your passion for radio broadcasting which means simply that you are a storyteller. As an African, we have a long standing tradition of storytelling and we should not tell other people’s story because there are lots of untold stories out there about the African continent.

What prompted Cyril to create a team for the above mentioned radios finds expression in this African proverb: “Until lions have their historians, tales of the hunt shall always glorify the hunter” Afriscope and WVON helped me to sharpen my skill as a storyteller and broadcaster. I met brilliant Africans in the studio recording their programs with Cyril Ibe, the producer and editor of the two radio programs targeting the black diasporas and lovers of Africa. And the radio team consisted of men and women who believed in the motto of its founder: “WTAR is a perfect program to finally begin to present a more realistic picture of what Africa is — a picture that goes beyond the headlines and the misconceptions, and the paternalistic depictions of Africa”

Now meet the WTAR-Window to Africa Radio team in the year 2000. Cyril Ibe is the winner of the 199 Pew Fellowship in International Journalism. He credits the elders of the village he grew up in southeastern Nigeria for his lifetime love for radio broadcasting. The elders’ nickname for him in his native Ibo language was “Oji Onu ibeya” (literary meaning the “one who reports or speaks for others”). According to Cyril: “ I see every situation, and I mean every situation, that I witness in life — mine or someone’s else’s — as a story worth sharing with non-witnesses. Radio , for me, is a very dynamic medium for storytelling or reporting, and I am consumed in an exciting way by my elders’ charge from childhood” After a stint as a producer with Radio Nigeria in the late 1970s, Cyril came to the United States to earn a bachelor’s degree and a master’s degree in journalism. His experiences have included a staff writer for the Chicago-based Pioneer Press Newspapers, internships at The Pittsburg Press, the Cincinnati Enquirer, and the Voice of America Radio. For several years he produced and hosted Afriscope, an hour-long public affairs program of news, commentaries, short stories, essays on three Chicago college campus stations, including Loyola University, North Western University and University of Chicago. He has contributed essays, commentaries and reports to Worldview on WBEZ 91.5 (Chicago public radio. Cyril Ibe is currently an Assistant professor in Mass communication. This is just a brief profile of the man who shared his knowledge, skills and talent with the members of his team. And I enjoyed working with him in Chicago and when I came back to France. I was the WTAR Europe Correspondent and I served for several years as former Europe Editor for the now-defunct, Chicago-based African Newbreed Magazine created by Cyril and his partners. I look at this period of my life with a resplendent smile.
Damen Hall was a training ground that was more than a training ground, but an opportunity, a chance to live inside my dream and has helped me to become what I am today — the founder, producer and host of Nollywood Radio France. I will dwell more in the chapters to come in this book how the training as a radio broadcaster with experts in the field of journalism helped me to realize my dream. However, I still have to mention the profiles of the men and women who added their salt to my journey as a radio host. And Damen Hall was the meeting point!

At Damen Hall, one story stood out from all others, and it had stayed with me ever since. It’s all about the voice of one of our contributors. She was the voice of the “Global Africa Newswatch”. And what I loved about her delivery was the signing off after reading the “Africa World News”. Then she would say “I am Angela Mojekwu for Africa NewsWatch”. A graduate of Lake Forest College in Chicago, Angela Mojekwu was in charge of “Global Africa Newswatch” on Afriscope, a public affairs program airing on “WLUW 88.7 FM”(Loyola University Chicago) and previously broadcast on WNUR 89.3 FM(Northwestern University) and “WHPK 88.3” FM (University of Chicago. She did voiceovers for audio books on teaching African children born to immigrants their parents native languages. According to her “ I want people to understand that Africa is not a country, but a vast continent with some 47 countries and six surrounding islands. Each country is rich with culture, language, natural resources and unbelievable tourist attractions, from the awe inspiring Victory waterfalls to the Egyptian pyramids. Travelling around the continent of Africa has always been my dream. The program gives me the opportunity to research and obtain interesting information about each country. Presenting “Africa World Weather” on Window to Africa Radio transports me — through the magic power of radio around the continent. The thought that I “take along” the listener on this mental tour of Africa is very exhilarating for me” Angela passed away in May 2014 in Chicago, after spending two weeks holidays in my home in France. The last work she spent in my home we did edited videos of the conference she organized with her sister Evangelist Alice Obiora in Onitsha, Nigeria. The seminar aimed at empowering African women to have a fulfilled life. She was a wonderful friend because she inspired and helped people around her.

Damen Hall opened up many doors and social networking for me. Cyril Ibe did a good casting of his team. He should have tried another job like a head hunter and bingo it could have been a wonderful career for him. And the next cast in Cyril Ibe’s team was Thetu Mwaniki. How can I forget her smile and kindness? Thetu believes everything is possible and that was how she suggested that I can create an international Gospel and Negro spiritual festival in France. I told her that I had no money to run such a big event but she insisted that I should give it a trial and believe in the project and every other thing will come in place. Yes, I did. And the festival lasted for ten good years from a shoe string budget to one of the biggest events in my city, Chartres France.

Thetu is a Kenyan with rich African heritage. She was in charge of “News You Can Use” about Africa-centered events in Chicago area. She has bachelors in finance and Economics from University of Wisconsin. Thetu’s love for children and her determination to foster positive appreciation of the African way of life have led her to the masterful art of storytelling. Acknowledging the positive impact radio has made in her personal life, Thetu wants to employ the dynamic medium of radio to connect listeners with cultural events in and around Chicago that would enhance their appreciation of Africa, Africans and people of African descent through the world.

Damen Hall sounds like a movie with a fascinating cast and a wonderful director and producer save for the fact that we were there for radio production. And another actor in “Damen Hall” the movie is Benjamin Kwakye: Reviewer of the African News. Benjamin Kwakye, named and respected as the radio program’s “resident author” was born in Accra, Ghana. He attended Dartmouth College in New Hampshire, Connecticut, and Harvard Law School, graduating in 1993 with Juris Doctor degree. He was admitted to the Ohio Bar and has worked for a law firm in Columbus Ohio, and a corporate legal counsel in the Chicago area. Benjamin Kwakye’s first novel is called is called “The Clothes of Nakedness”, published by Heineman. Benjamin believes that a vast American audience would appreciate being introduced to the wealth of African literature.

My Damen Hall experience in radio broadcasting was also about telephone interviews and how to edit sound bites to look as if the person interviewed was sitting in the studio with you. Another aspect of editing is to make it timeless so that it might sound real to listeners whenever it goes on air. One of such moments was when Cyril would call our man in Nigeria Richard Asiegbu in charge of Africa World Sports. Richard was in Nigeria and the call for his Sports report was around 2 a.m Chicago local time. Richard Asiegbu brought nearly thirty years of radio sports broadcasting with Radio Nigeria Network to our radio. And the other members of the team include Symon Ogeto for “News you can use”, Ona the weather girl with her soft sensual voice and Kabuika kamunga who later joined the radio team. My encounter with all these people enhanced my skills as a journalist and I cannot thank them enough for their inspiration and motivation. Whenever I piece together the memorable time we passed together in and outside Damen Hall, I always tell myself that you are blessed to have been a part of Cyril Ibe’s radio team which gave me the confidence and the required training to run Nollywood Radio France.

LaWanda Asuquo says “Change is now and Together we can build the bridge from Nigeria to America”.