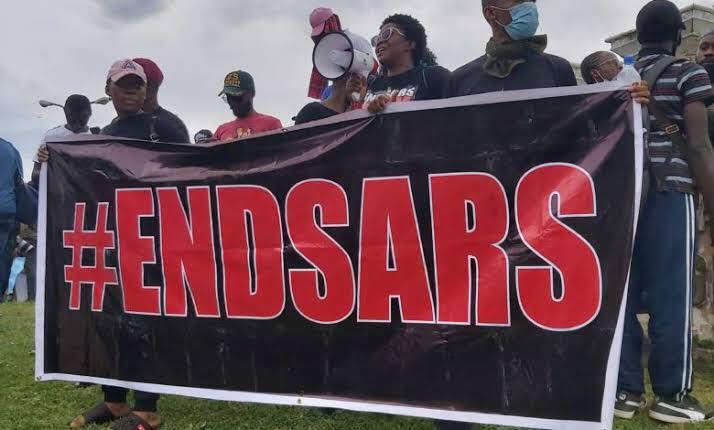 This current EndSARS protest is propelled by social media, which is playing a significant role in facilitating communication and interaction among participants of the protests. Protesters are using social media to organise demonstrations, disseminate information about their activities, and raise local and global awareness of ongoing events. With Twitter and Facebook, especially, protesters do not need the traditional media to spread their message. In this way, the movement virtually takes a life of its own.

The #EndSARS campaign is still ongoing as Nigerian youths have been camped in the streets for days now. From Lagos to Port Harcourt to Abuja, major roads are blocked, economic and social activities are severely disrupted, and unfortunately, precious lives have been lost. There have been #EndSARS protests in London and other major global cities with young people leading the movement.

This upheaval is gradually metamorphosising into a youth protest about everything that is wrong with Nigeria. Most youths are lending their voices and venting their anger against insecurity, kidnapping and general lawlessness in all parts of the country. They are complaining bitterly against impunity, nepotism and corruption. They complain against grinding poverty and low quality of living of the majority. They complain against the insensitivity of some government officials who act like colossal demigods bestriding the local and national space filled with people they consider nincompoops. They complain against the high rate of unemployment and the worsening state of under-employment faced by over 70% of Nigerians. In summation, it is a symbol of all sorts of frustration with the Nigerian nation. Important rhetorical questions arise at this juncture: does government need a protest before tackling these myriads of issues? Should all stakeholders not listen to the “voices of the voiceless…youths and start the necessary engagements and changes to avert any impending doom in the horizon?