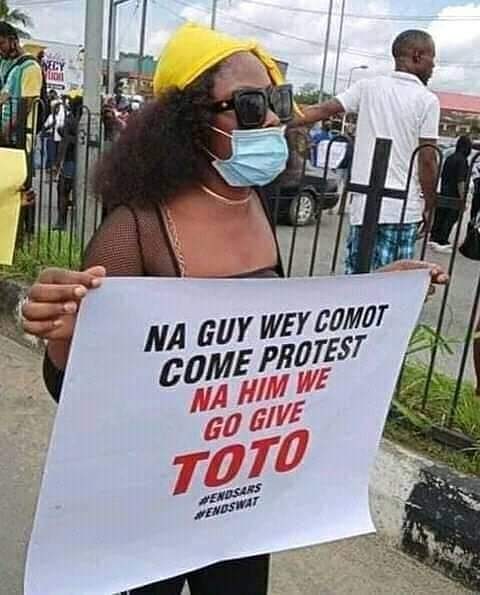 On Friday, December 18, 2010, a man named Mohamed Bouazizi, protesting police corruption and ill-treatment, set himself on fire in the Tunisian city of Sidi Bouzid. This action sparked a series of protests in Tunisia. From Tunisia, the protests spread to five other countries: Libya, Egypt, Yemen, Syria and Bahrain. The consequent anti-government protests, uprisings, and armed rebellions later spread across much of the Arab world in the early 2010s. The masses were protesting oppressive regimes and a low standard of living.
Here in Nigeria, on Saturday, October 3, 2020, at Wetland Hotel, Ughelli in Delta State, a police officer attached to the Special Anti-Robbery Squad (SARS) shot a young man, and he and his colleagues took away a Lexus SUV belonging to the victim. This event captured on video started trending, wildly, on Twitter. The resultant public outcry led to nation-wide protests tagged #EndSARS. Since October 8, the country has been overwhelmed with outcry and anger with videos and pictures showing police brutality, harassment and extortion in Nigeria. The protests were led predominantly by young Nigerians in different cities alongside many activists and celebrities.
The #EndSARS protests have gained international traction and are perhaps the most famous hashtag on Twitter in the last week. From rapper and US presidential candidate, Kayne West, Arsenal FC midfielder Mesut Ozil, to British media personality, Piers Morgan a lot of people across the globe have lent their voice to the protest against police brutality in Nigeria. Jack Dorsey, the CEO of Twitter, even entered the fray. He twitted the #EndSARS hashtag and urged protesters who seem to be having difficulties in securing a viable platform for raising funds for the protest to consider using bitcoin. The #EndSARS hashtag has been used over 50 million times on Twitter.